Trust Your Gut…Not Your Doctor (sometimes)

In August of 2019, I was doing my monthly self-exam, which I’d always been very good about because of my family history.  Well, what do we have here…  On my right breast, in the two o’clock position, I could feel a very clear lump.  It was so near the surface and felt like a marble.  One month it was not there, then the next month it was.  Incredible.  I immediately remembered that I was already scheduled for my well-woman exam two weeks later and thought “Perfect!”.  I’ll get it checked out and be good to go.

Two weeks later as I sat in the exam room, my provider, who was a PA, felt what I was concerned about and said she didn’t think it was anything but that it would show up on a mammogram if it was.  Fair enough!  Now…I will say that given my extensive family history with breast, ovarian and endometrial cancers, the fact that she wasn’t more alarmed is upsetting to me in hindsight.  I should have been one huge red flag walking around.

Long story short, my mammogram came back completely fine.  There was nothing there.  NOTHING.  Months later, my internationally awarded breast surgeon would review it and confirm the same.  Invisible.  Yet I could feel it plain as day on the top of my skin.  The PA recommended that we keep an eye on it and do another mammogram in 6 months to see if there was any movement with it.

I agreed because LADIES…

We always want to believe it’s nothing.  That’s the only thing we want them to tell us.  And I know better…but I went along with it.  Because someone was telling me exactly what I wanted to hear.

Six months later, it had grown and my husband Karl had found it on his own (one guess how!) when I hadn’t even mentioned it to him.  He threw his hands up in the air and said “What the hell is that!”.  This one statement sealed for me what I already knew.  That this was definitely something to be concerned about and that I had to listen to my gut and be my own best advocate.

When I went to see the PA again, I demanded an MRI instead of a mammogram.  She actually tried to talk me out of it because she said my insurance might not cover it.  Even knowing my family history!  I told her I didn’t care and that I knew this was something bad and I had to know for sure.  I was able to get the MRI that day and had to wait several days for the results and anyone who has had a health emergency will tell you that the waiting is the WORST part.

That mammogram that said that nothing was there?  Completely wrong.  One phone call later told me that I had not one tumor, but TWO tumors and it was in one partial lymph node.  After I had my biopsy done, I would further learn that I had two different TYPES of tumors!  One was 2.5cm (ductal carcinoma) and one was 0.4cm (lobular carcinoma).  My boob was trying to kill me.

What if I had listened to that PA?

What if I had not demanded the MRI?

What if I had buried my head in the sand and not listened to my gut?

I would very likely not be here right now with the wisdom of experience that I’m using to help others.  You must be your own best advocate!  You have this one beautiful life and if you don’t fight for it, no one else will.  I will forever be grateful for trusting my intuition because I’m confident that it saved my life.

And that PA?  I left her a voicemail letting her know my diagnosis and that she was so very wrong.  I was so angry with her for a long time, but I’ve released that, and I hope that my situation will cause her to treat differently in the future.  And to listen to her patients.  She did call and leave me a voicemail with an apology.  I know she felt awful.  But I fired her.

Here are some great sites and resources…please use them!

How to do a breast self-exam (every month!)

MY INCREDIBLE TEAM! ALL OF THEM FEEL LIKE FAMILY TO ME.

Trust Your Gut…Not Your Doctor (sometimes) 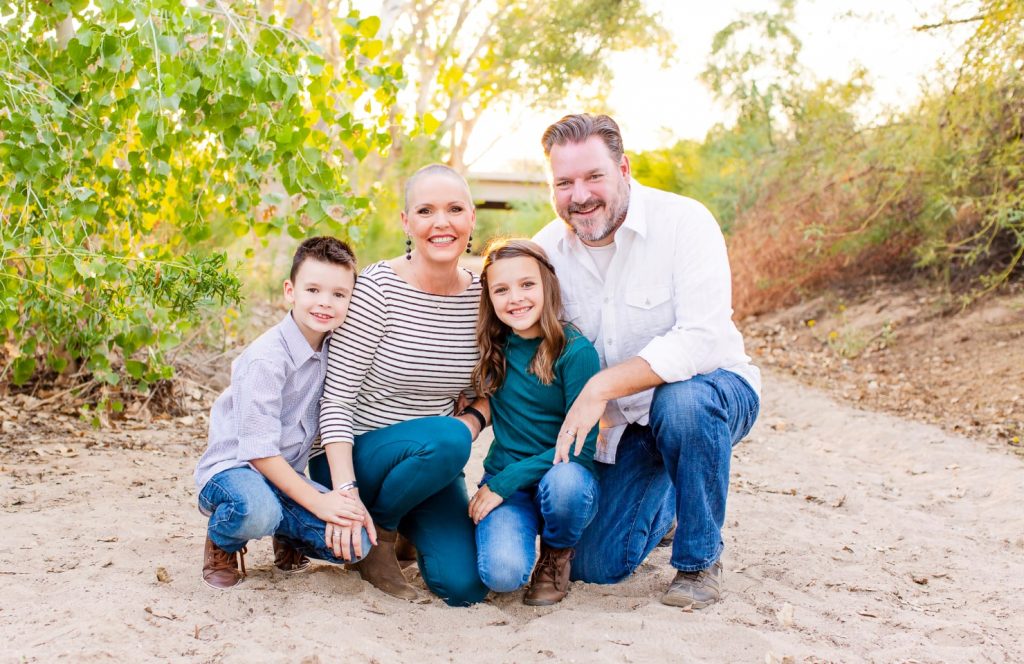 Hi my name is Jeni and this is my story! This site was born to help people! After going through my own cancer journey, friends started connecting me with people they knew who were newly diagnosed, scared and had many questions. I found myself needing a place where I could consolidate everything.